There was a strange outcome in the bidding for Ash and Quill, https://www.finalfurlong.org/viewhorse.php?horse=45001.

I had placed a Maximum bid of $10,000 very early this morning, a few minutes after the Auction started. I checked the auction at various times during the day and I was still the high bidder. The last time I checked, it said that the Time Left was 0d 4h 54m 35s (this would have been about 2 o’clock this afternoon).

I have a screen print of my Auction Watch page

Here is a screenshot of the bidding page if that helps: 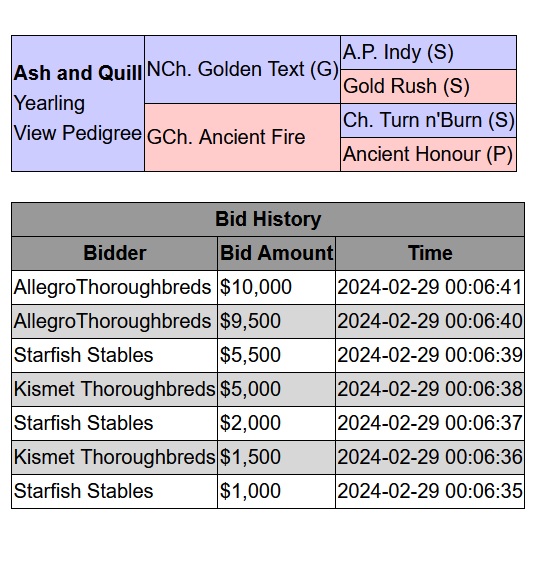 I will look into it and reset his sale/bidding history once I have it debugged.

I think I’ve solved the issue, and I’ve reset his sales status and deleted all bids.

Darn, I just saw this now and didn’t get a chance to bid.