Much to my surprise, both fields are already filling up fast! For the Derby we are sending G1 Santa Anita Derby winner Pest From The West (California Chrome) who is 3 for 3 this year; and to the Oaks we are sending Serafina (Devil’s Walk) who is 2 for 2 but untested at stakes, and Ch. Star of the Sea (Lord Nelson) who has won 2 G1’s in a row this year. We haven’t had a Derby entry in 3 years so fingers crossed someone shows up.

we are sending 4, 2 to each race. All are long shots. Maybe? Perhaps I should have named my stable “A Song & A Prayer Racing” would have suited.

We’re also sending two in each, they’re also probably outsiders as well but there are no stakes races on dirt in England so we might as well run them somewhere.

Love The Stars and My Bubbles represent us in the Oaks with Real Wild Child and Town Called Malice in the Derby.

I’ve got 2 in the Kentucky Derby.

Classic Slew was 3rd in the Florida Derby and 2nd in the Derby Trial, so hopefully he’s rested up enough to run a competitive race.

Novelist ran 2nd in the Fountain of Youth and 3rd in the Santa Anita Derby. 10 is the furthest he’ll ever have run, so we’ll see what he thinks of the distance.

I didn’t have anyone for Kentucky Derby, but I entered Blitzschnell in the Oaks. She ran 2nd in ungraded stakes, which is her best result… her younger half brother by Space Chips won his debut race, but bombed a stakes. 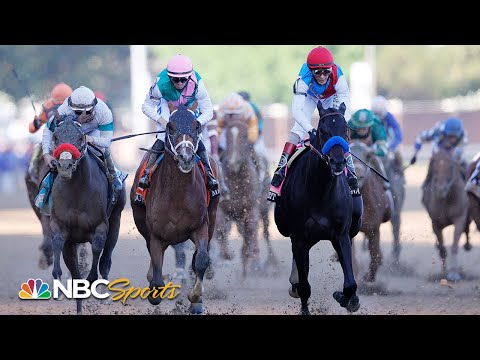 Feels weird to see a normal public event again, people without masks and all!